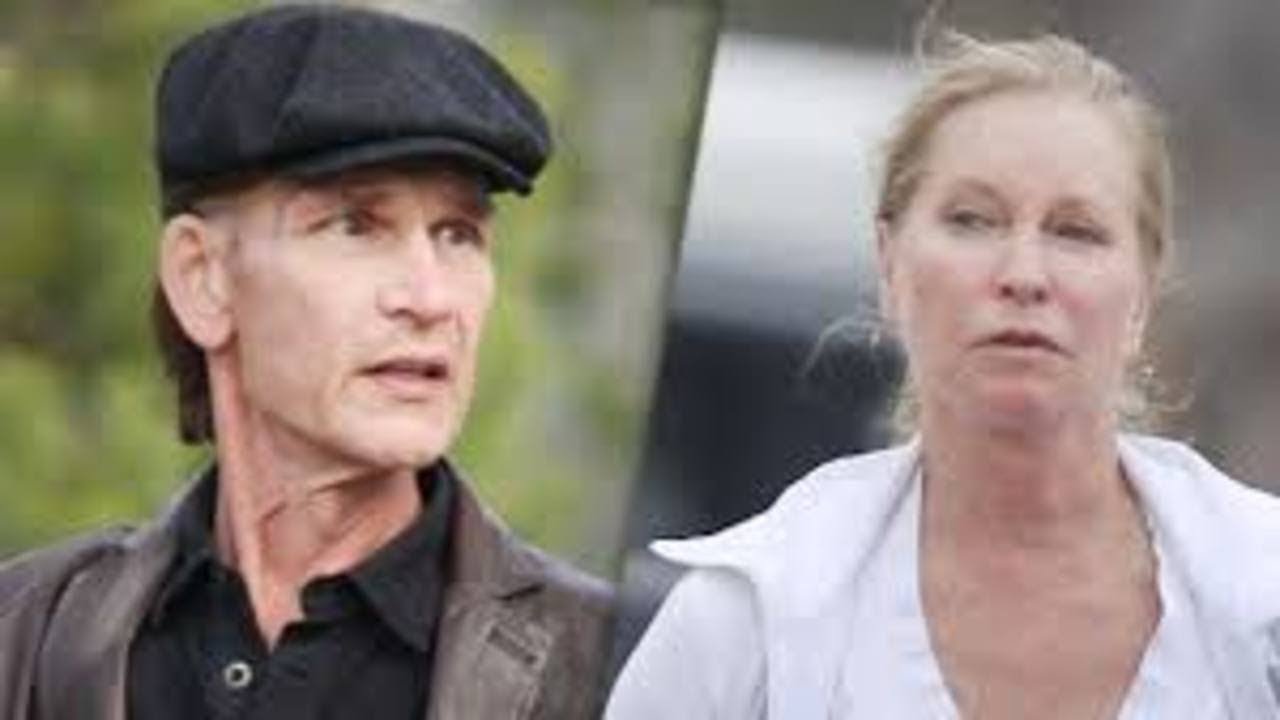 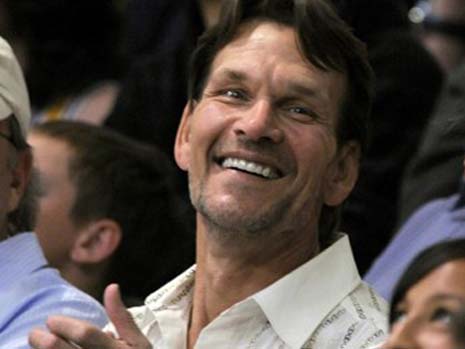 But first, we stopped off in Aspen to visit a couple of friends. It was there that I got the first hint that something was wrong.

I had been having some digestive trouble, mostly acid reflux and a kind of bloated feeling, for a few weeks. I've had a sensitive stomach my whole life, so I hadn't thought much of it, but lately I just couldn't shake the constant discomfort.

I wasn't hungry and felt sick whenever I did eat, but I'd always been pretty healthy, so I figured the feeling would pass eventually. In Aspen, we all raised glasses of champagne for a toast.

I took a sip, and as the champagne began to course through my esophagus to my stomach, I nearly choked -- it burned like acid going down.

It felt like I'd drunk lye, a sharp, searing pain that brought tears to my eyes. I'd never felt anything like it, but not wanting to ruin the festivities, I said nothing to Lisa.

I was used to ignoring pain, so I just didn't drink any more champagne that night, and didn't think anything more about it.

Three weeks later, in January , I learned that the burning in my stomach wasn't some minor irritation. It was the result of blockage in my bile ducts, which was caused by pancreatic cancer -- just about the most deadly, untreatable cancer you can get.

When my doctor at Cedars-Sinai in Los Angeles said the words "pancreatic cancer," a single thought popped into my mind: I'm a dead man.

That's what I had always thought when I heard someone had pancreatic cancer, and it usually turned out to be true. My doctor told me that my chances of surviving for more than a few months weren't high, and I had no reason to doubt him.

A lot of things go through your head when you get a death sentence handed to you, starting with Why me? What did I do to deserve this?

Once the shock wears off, it's hard not to sink into bitterness, to feel that you've been singled out in a way that's not fair.

For me, that initial shock quickly turned to selfcriticism and blame. Did I do this to myself? What could I have done differently?

Is it my fault? In those first few weeks after my diagnosis, amid the whirlwind of figuring out treatments and medication, I struggled, with Lisa's help, to make sense of what was happening to me.

Trying to counteract all the negative emotions that kept welling up -- anger, bitterness, despair -- I began thinking to myself, I've had more lifetimes than any ten people put together, and it's been an amazing ride.

So this is okay. I was trying to find a way to accept what was going on, but then a funny thing happened. I just couldn't. I wasn't ready to go, and I was damned if this disease was going to take me before I was good and ready.

So I said to my doctor, "Show me where the enemy is, and I will fight him. And in the year and a half since my diagnosis, that's exactly what I've done, with every ounce of energy I have.

Fighting cancer has been the most challenging and eyeopening experience I've ever had, and it has sent me on an emotional journey deeper than anything I've felt before.

Facing your own mortality is the quickest way possible to find out what you're made of. It strips away all the bullshit and exposes every part of you -- your strengths and weaknesses, your sense of self.

Your soul. It also leads you to confront life's hardest questions: Is there a heaven? Will I make it in? Has this life counted for something other than just my own narcissism?

Have I lived a good life? Am I a good person? It's easy to dismiss these difficult questions when you have your whole life ahead of you.

But when you're faced with your own mortality, they suddenly take on a whole new meaning. There's a scene at the end of Saving Private Ryan that really resonated with me when I first saw it, and it does now more than ever.

As an old man, Private Ryan muses aloud about whether he's lived a good life. Doing this book was, in part, a quest to find that out for myself.

I've never been one to spend a lot of time dwelling in the past, so spending time with Lisa looking back at our lives has been really illuminating.

Especially in light of what our future now holds, it has also been cathartic. I never felt like I had all the answers, and I certainly don't claim to now.

Yet the one thing I realized as Lisa and I retraced the arc of our lives is that no matter what happened, we never, ever gave up -- on each other, or on our dreams.

I'm far from perfect, and I've made a lot of mistakes in my life. But that's one thing we both got right, and it's the one thing that's keeping me going today.

As I write this, sitting in our beautiful ranch home in New Mexico with the sun beaming down on the mountains, I realize yet again how much more I want to do in this life.

Together with Lisa, I'll keep on pushing, keep on believing. Because that, in the end, is the greatest gift we have.

Patrick Swayze June As Patrick and I have been writing this book, I couldn't help but be amazed by all the stories of things we've done and been through.

It was surprising to me how hard we've both worked our whole lives, how focused and single-minded we could be.

It must be the dancer in us. Always striving to be more, do better, never settle. And that drive to be better has served us well, particularly with all that we're going through now.

Looking back now, I wish I had done more of the proverbial "stop and smell the roses. I'm feeling different these days. Today I find myself much more willing to take luxurious, selfish pleasure in how beautiful a day is, the wonderful smell of my favorite mare's hair, and how much overflowing love I feel for my husband.

After Patrick was first diagnosed, I found myself wanting to go back in time and fix all the bumps that we had ever encountered. I wished we could start all over again so that this time we could do it differently.

We could be wiser, avoid all those wrong turns we made, and not waste so much time. This time we would laugh more, touch each other more, and simply love each other in the way our true selves always have.

And of course, if this daydream came true, I'd get a chance to live our lives together all over again, fulfilling my greatest wish -- to have more time with him.

In some ways, getting to do this book gave me a passport into the past. But not in the way I had thought. It couldn't elongate my time with him, but it did show me that some of those bumps I wished I could get rid of don't look so bad when we keep coming out on the other side.

And they're a testament to the strength of what we are together. You'd think that when someone close to you receives a death sentence it would inspire amazing insights and lessons about life.

I know that's what I thought. But after his diagnosis, and after I started to recover from feeling I was trapped in a perpetual nightmare, I looked around and couldn't see a damn lesson in sight.

Yet slowly, as I've been dealing with getting past the initial grief and fear, living each day that comes and running around preparing for all the things one can't possibly prepare for, the lessons have started to ease out into the open.

I couldn't force them out any sooner. They come in their own time when they, and you, are good and ready. There's a lot of wisdom in the idea of living one day at a time.

And when you might not have someone for long, that's what starts to happen. I used to be afraid of time -- that I'd run out of it, that I wouldn't have time to do all the things I wanted.

Now I'm seeing each minute that passes as a victory. As something I'm proud of. It's like I can gather all these minutes into my arms as if they're an enormous mass of jewels.

Look what I have -- another moment! A kiss, a stroke of the skin on my husband's arm, the light coming through the window just so Each of these jewels gives me the confidence to stand up and look Death in the face and say, "No one's going anywhere today.

I can help Patrick -- I can coach him, love him, track his medications and calories, be there to kick him in the pants or just hold his hand if he needs it.

But I can't save him. And I try to remember that. But I've got the best possible thing on my side: Patrick himself.

I love that he's such a fighter. He's so amazingly strong and beautiful. He's my best weapon against this terrible disease. You know, we were in New Mexico a couple of years after Patrick had broken both his legs in a life-threatening horse accident while filming Letters from a Killer.

We walked out into the fresh mountain air, and he had taken off his shirt to enjoy the sun as we strolled into our beautiful fifty-acre pasture to visit with our five spirited Arabian horses.

Patrick was rubbing one of the horses on her neck and I had walked off a ways for some reason or another.

The horses had their joyride and slowed to an easy trot, and Patrick hopped off blithely, unscathed. As he walked over to me he smiled a little sheepishly, waiting to see if I was going to admonish him.

But I couldn't. I could only shake my head and try my best not to smile. This is the man who's taken on cancer. As always, he's on the ride of his life.

And I know that he's going to ride this horse as far as it'll go. Lisa Niemi July You can order the book or the 5 cd set Audio Book from the publishers or any of the other stockists featured on the Atria Books website.

Time of My Life is available on CD and for download. Read by Patrick Swayze and Lisa Niemi. For more information click here to visit the Simon and Schuster website.

Thank you to Atria and Simon and Schuster who have also kindly sent us the audio clip and artwork from the Audio CD of the book in which Patrick and Lisa read the entire volume.

Please click the play arrow on the player below to hear Patrick reading an excerpt from their book. Es klingt wie eine Botschaft aus dem Jenseits.

Ich sah den Mann, der ich sein wollte. Here's the untold truth. About Patrick Swayzee having fun at the party. Share your videos with friends, family, and the world.

Patrick Swayze. Patrick Swayze poster - celebposter. Pinterest is using cookies to help give you the best experience we can. Got it!